The most important people at Kindling Words are you–the attendees. The power of KW comes from the ideas we bring to the conversation, and the ideas we generate together. We are the tinder; we are the logs. We choose speakers to be matches, to ignite fires in our minds and hearts. But it is up to us to carry the glow.

Note: We like to invite professionals who have experience teaching at a mastery level, and often choose people who have been to Kindling Words before, as they understand the unique atmosphere. We welcome recommendations from our attendees and discourage self-solicitation.

Kindling Words speakers each approach the theme from their own experience and perspective, giving us practical advice and inspiring ideas that impact our work.

We ignite not in the light, but in lack thereof,
For it is in loss that we truly learn to love.
In this chaos, we will discover clarity.
In suffering, we must find solidarity.

For it’s our grief that gives us our gratitude,
Shows us how to find hope, if we ever lose it.
So ensure that this ache wasn’t endured in vain:
Do not ignore the pain. Give it purpose. Use it.

— Amanda Gorman, from The Miracle of Morning 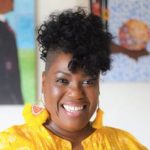 Vanessa Brantley Newton was born during the Civil Rights movement, and attended school in Newark, NJ. She was part of a diverse, tight-knit community and learned the importance of acceptance and empowerment at early age.

Snowy Day by Ezra Jack Keats was the first time she saw herself in a children’s book. It was a defining moment in her life, and has made her into the artist she is today. As an illustrator, Vanessa includes children of all ethnic backgrounds in her stories and artwork. She wants all children to see their unique experiences reflected in the books they read, so they can feel the same sense of empowerment and recognition she experienced as a young reader.

​Vanessa celebrates self-love and acceptance of all cultures through her work, and hopes to inspire young

readers to find their own voices. She first learned to express herself as a little girl through song. Growing up in a musical family, Vanessa’s parents taught her how to sing to help overcome her stuttering. Each night the family would gather to make music together, with her mom on piano, her dad on guitar, and Vanessa and her sister, Coy, singing the blues, gospel, spirituals, and jazz. Now whenever she illustrates, music fills the air and finds its way into her art.

The children she draws can be seen dancing, wiggling, and moving freely across the page in an expression of happiness. Music is a constant celebration, no matter the occasion, and Vanessa hopes her illustrations bring joy to others, with the same magic of a beautiful melody. 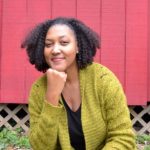 Shadra Strickland studied, design, writing, and illustration at Syracuse University and later went on to complete her M.F.A. at the School of Visual Arts in New York City. She won the Ezra Jack Keats Award and the Coretta Scott King/John Steptoe Award for New Talent in 2009 for her work in her first picturebook, Bird, written by Zetta Elliott. Strickland co-illustrated Our Children Can Soar, winner of a 2010 NAACP Image Award. She has published with Lee and Low Books, Simon and Schuster, Random House, Candlewick, Chronicle Books, and Little Brown. Her books have received recognition from the American Library Association, Junior Library Guild, and other prominent literary lists. Shadra currently works and teaches illustration at Maryland Institute College of Art in Baltimore, Maryland. She also developed an online picture book class at Craftsy.com. 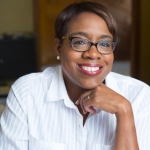 Lesa Cline-Ransome is the acclaimed author of numerous award-winning picture books that celebrate in story, Satchel Paige, an ALA Notable Book and a Bank Street College “Best Children’s Book of the Year, Major Taylor: Champion Cyclist, Young Pele: Soccer’s First Star, Words Set Me Free: The Story of Young Frederick Douglass, Benny Goodman and Teddy Wilson, My Story, My Dance, Just a Lucky So and So: The Story of Louis Armstrong, Germs: Fact and Fiction, Friends and Foes, Game Changers: The Story of Venus and Serena Williams and The Power of Her Pen: The Story of Groundbreaking Journalist Ethel Payne and Not Playing by The Rules: 21 Female Athletes Who Changed Sports.  Her verse biography of Harriet Tubman, Before She Was Harriet received five starred reviews, was nominated for an NAACP image award, and received a Coretta Scott King Honor for Illustration. Her debut middle grade novel, Finding Langston, was the 2019 winner of the Scott O’Dell Award for Historical Fiction and received the Coretta Scott King Award Author Honor. The new companion titles Leaving Lymon and Being Clem complete the Finding Langston trilogy.

Overground Railroad, Light in the Darkness: How Slaves Learned in Secret, Freedom’s School and Whale Trails: Before and Now are her titles that uncover the hidden stories in American history. 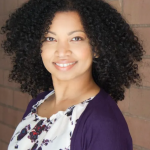 I’ve wanted to write since I was three and my mother bought me an oversized illustrated Grimm’s Fairy Tales. It was so spellbindingly beautiful, I thought I wanted to live in its pages my entire life.

I decided to be a writer then, but I didn’t tell anyone until I was thirteen. I was inspired to write for kids after reading Rosa Guy’s “The Friends.”

Before I became a published author, I was a teacher. I taught mostly 2nd grade because it’s the AWESOMEST!

After teaching for a few years, I worked in educational publishing making reading and language arts textbooks for kids. Later, I worked for a publishing company editing non-fiction books for kids. I still do some freelance editing for publishers and individual clients, but mostly my days are spent writing my own books and working with students in the Lesley University MFA program.

I love helping writers with their own books for kids.

My debut novel was Angel’s Grace. It was named one of the 100 best books for reading and sharing by NYC librarians. I’ve always liked librarians. It was also the first novel I ever tried to write (except for the one when I was 12, but let’s not go there.)

Minecraft: The Crash debuted at #5 on the New York Times Bestseller list in July, 2018. 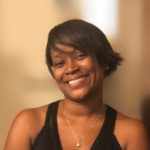 Editor/Publisher Eileen Robinson loves the power of stories and helping authors revise.  As publisher of Move Books and an editor at Reycraft Books, she specializes in helping a creator from the beginning to the end of the manuscript.  She feels once the draft is done, the revision process is where an author’s skill, inventiveness, and individuality begins to shine through. She has worked in children’s publishing as an editor for over 20 years, in-house and independently at both Scholastic and Harcourt — in educational publishing, school and library, with has trade, magazines, book fairs and clubs.